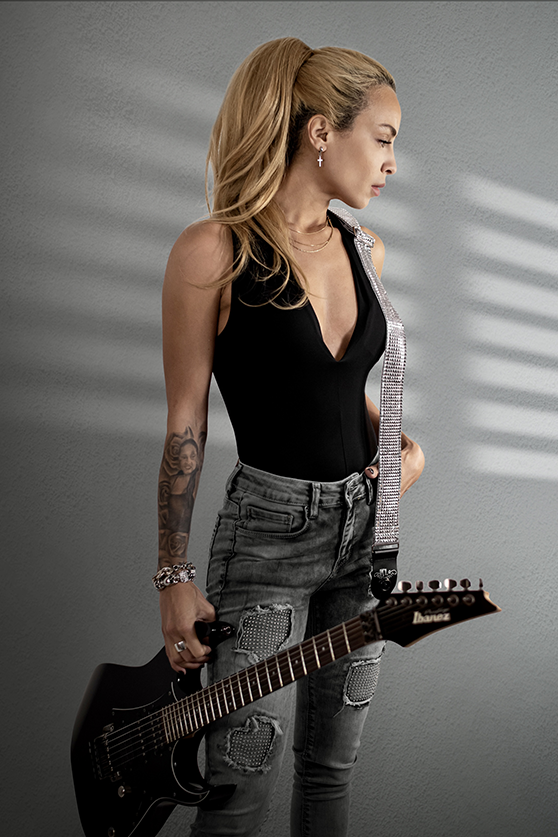 Joy always rocked the path of independence. She started with her first Metal Band “Deveiled” in 2006, where she performed and composed Death Metal Music.

After finishing a bachelor in Business Systems Management, Joy entered the corporate world and quickly rose the ladder, assuming several managerial positions. Shining in her career, she used her acquired experience and skills to follow through on her passion – Music. As such, in 2013, Joy established an all-female band, “Iklil Beirut” & had them touring and performing around cities in Lebanon and in the region.

While performing and touring with her band, in June 2015 Joy was offered to be the lead guitarist for the renowned International Lebanese artist Ragheb Alama and began touring the world performing in over 300 concerts worldwide until summer 2020 where she started producing her own music, starting off with her first two hit solo tracks; Keep Going & No Matter What.

Joy is now the Producer of her own originals where she broke away from the classic DJ set and instead she performed her tracks live and now her music is being released on all major music platforms like YouTube, Anghami, Deezer, Spotify, Youtube music, iTunes etc... after she signed with a major distribution company, and now she’s an independent certified Artist.